In rum history’s annals, Demerara rum from Guyana is among the most storied styles of rum. But beyond vague descriptions including “smokey” and “made from Demerara sugarcane,” most enthusiasts don’t know much about what makes Guyana’s rum unique.

The Dutch were the first Europeans to settle in the northeast region of South America known today as Guyana. Three rivers, the Demerara, Berbice and Essequibo, lent their respective names to Dutch colonies. Circa 1815, the British took control of these colonies and later consolidated them into British Guiana, although the Demerara name remained in use for many decades.

The British wasted no time ramping up sugar production, and by the mid-1800s, British Guiana was the Empire’s largest rum maker. In a nod to cost and material availability, many stills were constructed of Greenheart wood, an abundant, local hardwood. The colony’s heavy pot distilled rums found particular favor with the Royal Navy blenders, who made Demerara rum a core component of the navy’s blend.

Historically, Demerara rum was described as heavy, with burnt as a common descriptor. Trader Vic wrote in 1946, “It is similar in some respects to dark Jamaica, but it has a dry burned flavor….”

Notably, a 1937 essay by a US government chemist stated: “To the distillate … are added French plums, Valencia raisins, spices, and other flavoring ingredients… Most of these rums are highly colored with caramel which also has some influence on their flavor.” Thankfully, things have changed since then.

In recent decades, Demerara rum has branched out in several stylistic directions. However, Demerara rum’s most iconic and easily recognizable flavor profile remains that of the heavy, oily rums made in two wooden vat stills.

While hundreds of rum distilleries once populated Guyana’s coastal region, only five remained operational when Guyana gained independence in 1966: Albion, Versailles, Enmore, Uitvlugt, and Diamond. That number dwindled to just two by 1995: Uitvlugt and Diamond. Fortunately, several stills and associated “recipes” from the closed distilleries moved to Uitvlugt, where their marks continued to be made.

In 1999, due to dire economic circumstances, the Uitvlugt distillery closed, although the site’s aging warehouse and adjacent sugar factory remain in use. All of the Uitvlugt distillery’s stills moved to the Diamond Estate near Georgetown, where they continue to make rum today. Among them are the “heritage” wooden stills: The Enmore wooden Coffey still, the Port Mourant double wooden vat still, and the Versailles single wooden vat still. All three are particular favorites of independent bottlers.

Demerara Distillers is one of the Caribbean’s most versatile rum makers. Its ten rum stills, including the three wooden stills, can make nearly anything desired, from very light rum to heavy, pot distilled rum and high-ester rum.

Recent years have been tough for the Caribbean sugar industry. Guyana’s sugar mills once produced enough molasses to supply all the country’s distilleries, with plenty remaining to export to rum makers elsewhere. However, in the past decade, Demerara Distillers has needed to import molasses to augment a dwindling local supply.

Although Demerara Distillers is Guyana’s sole rum maker, the country recently ratified a geographical indication (GI) for rum in 2017. In 2021 the Demerara Rum GI received European Union recognition, a significant accomplishment in protecting the reputation of Demerara Rum in international markets.

I was recently asked to explain the difference between rum and cachaça and so I thought I would have a go at answering here in the event that anyone else is asked the same or wants to know.

We all know that rum comes from the alcohol that is produced when you distil fermented molasses but did you that this is not the only way to make alcohol from sugar cane.

Rhum agricole differs from rum in that it’s distilled directly from pressed cane sugar instead of fermented juice, or cane by-products like molasses. It is a production method commonly associated with the French-speaking Caribbean islands such as Martinique and Guadeloupe. Haiti’s best known rum export is Barbancourt rum, but if you live in Haiti you are probably more accustomed to Clairin which is basically a rhum agricole but made in a more rustic way; it is to rum what Mezcal is to Tequila. Read more about Clairin HERE.

It is unsurprising that, Brazil, the world largest sugar producer, also produces a cane-based spirit of its own. Anyone who has been to Brazil will definitely have had a caipirinha or two! 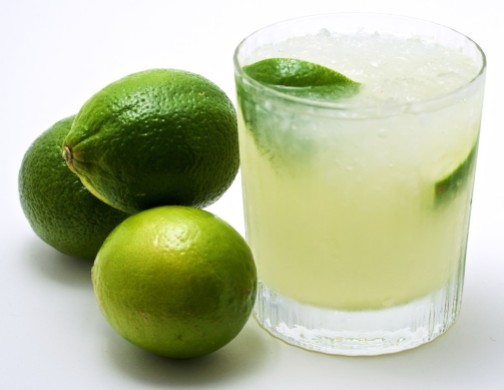 The base of that caipirinha was most likely cachaça. Like rhum agricole, it uses sugarcane juice and not molasses; but like rum, the sugar cane juice must be fermented and then distilled to between 38% and 48% ABV – a much lower alcohol content than rum.

So in short, rum, rhum agricole and cachaça are all made from the same raw ingredient (sugar-cane) but each one has a different method of production, which results in very distinct tastes and flavours. The table below is a simple way to explain the difference:

For further reading, take a look at this article by Matt Pietrek on the key differences between Cachaça and Rhum Agricloe where he goes into variations in distillation aging and barrelling.